Sometimes things happen that take you by surprise.

Ideas spring from the simplest, most inane situations, and you find yourself with beautiful serendipity.

I'm teasing something new here. Something we cooked up on accident, but I want to share the whole story before the reveal.

The scene is a day like any other. Myself, BJ Smythe (a friend and co-conspirator at the shop), and my lovely Ashley were at the shop working on setting out books for new comic book day.

A typo on the subscription list left BJ mumbling a perverted (not the sexual connotation of the word!) version of a hero name we all know and love. He kept saying it over and over and it was putting a funny image in my head (again, not sexual you sickos!).

The word was supposed to be Spider-Man. Easy enough, but it was written out as Spideer-man.

Yes, Spy-DeerMan is what we heard and of course the mental image is amusing. Bond with antlers? What would this deer, who happens to be a spy, and walks upright like a man's story be?

Johnathan Buck III (JB3) is an international (Spy-Deer)Man of mystery and intrigue and soon will be coming to his own comicstrip for your enjoyment.

One call to Matt Magill and that question was answered, and since you asked so nicely, here he is: 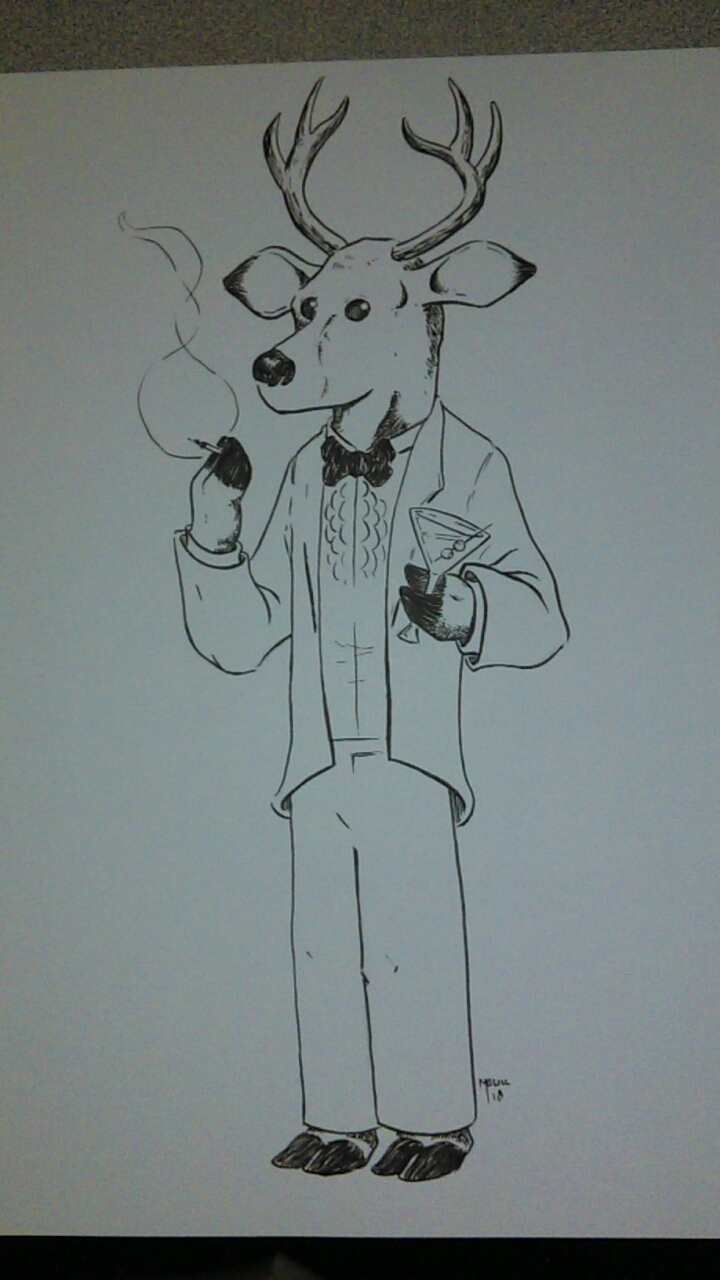 Just soak that in for a second:)

Spy-DeerMan will be on the scene soon. We'll be sharing his life, stories, loves, fears, and what makes him tick.

Be on the lookout for Spy-DeerMan!